In recognition of outstanding achievement in sales, beyond expectation, the AJ Letizio Food Service Team has been awarded the Bridgford Sales Excellence Award for 2016. Bridgford Foods,  a manufacturer of baked doughs and biscuits, has served America's foodservice establishments since 1932.  Bridgford School Foodservice fulfills US school breakfast and lunch requirements and the A.J. Letizio Foodservice and K-12 School Nutrition Specialists have partnered with Bridgford as their Sales Agency in New England since 2014. “The award was earned for achieving and exceeding sales growth goals set for us for the New England market area,” said Lynne Pellegrini, Director of K-12 School Nutrition Sales at A.J. Letizio. A.J. Letizio’s Foodservice and Non-Foods Division continues to achieve sales growth milestones as the company approaches its 30th anniversary in 2018, while following in the family’s  five-generation, 105th year in continuous service to the food industry in New England.

A.J. Letizio Sales & Marketing is pleased to announce the addition of Tiffany Youngman to the company’s Retail Division as a Fresh Foods Technician, in support of the company’s continued growth in the greater New York area.  A graduate of the prestigious Culinary Institute of America, Tiffany earned her degree with a specialization in Bakery and Pastry Arts. “Tiffany has earned a great reputation throughout the marketplace as a talented and creative merchandiser honing her culinary skills in the live environment and we are thrilled to add her to our team, “ said Marc DiPersio, Vice President/Director of Fresh Foods at A.J. Letizio. Tiffany, who resides in Baldwinsville New York, will be working under the leadership of Marc DiPersio in her new position at A.J. Letizio. John Deroy, Vice President/Director of Bakery at A.J. Letizio added “I’m very happy to have Tiffany joining us in continuing A.J. Letizio’s record growth from 2016 into 2017. Tiffany, joins a talented team of food industry experts across the eastern United States at A.J. Letizio, each passionate about providing their skills and knowledge in support of growing the business of their customers and clients.

A.J. Letizio Gives Back to the Community!

At A.J. Letizio Sales & Marketing, one of their fundamental mission is to give back to others. Throughout the year, their staff supports and volunteers for various community events. During the holidays, A.J Letizio Team Members and their families & friends volunteer their time for the annual AJ Letizio food drive. This year thanks to donations from their clients and partners in the industry, AJ Letizio assisted over 120 families in New England and in the home communities of all team members across the Eastern US with food and necessities. Kap Maksian, AJ Letizio’s Vice-President of Center Store commented “it is a great feeling to give back through out the year, but this event is special as it comes during a time when families require assistance the most. Thanks Al and Patti for including all team members in this great event! And a special thank you to our industry partners for your annual support.” 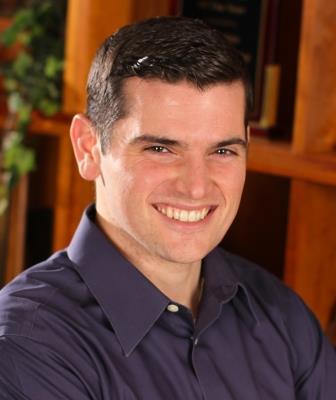 A.J. Letizio Sales & Marketing is pleased to announce the addition of Nicholas Letizio to the company’s Retail Division. Nick earned his BS in Economics from Yale Univer sity, earning the Michael Manzella Award, given to the graduating senior who inspired his/her classmates through kindness, dedication and courage. For the past three years Nick has served as a Pharmaceutical Consultant with the international firm IMS Health in their Boston area office, before accepting the offer to join the family business at A.J. Letizio. Nick’s entrance to the company begins the family’s fifth generation of service to the food industry, carrying on the tradition started back in 1912, 104 years ago. Nick will be serving as an Account Manager, managing the business of established A.J. Letizio Retail Supermarket customers and Clients in Central New England, under the leadership of Bob Tessitore, SVP/Retail at A.J. Letizio. The family noticed Nick’s passion for the food business early on when as a boy he fully funded his Eagle Scout project through the sale of custom cut, aged prime steaks that he sold throughout the community. “I’m very proud to have Nick joining us,” said Al Letizio, Jr., President at A.J. Letizio. “Nick will be calling on customers that I once managed and that his grandfather Al Letizio, Sr. called on back in the 1960s and 70s, carrying on in a long family tradition in the New England food industry.” “As we execute A.J. Letizio’s 20-year game-plan going forward, I’m pleased to have Nick on our team of talented individuals who have been instrumental in delivering service to our customers and clients and continuing in our steady growth,” said Tessitore. When not at work, Nick has many interests, is a big Patriots and Red Sox fan, an avid outdoorsman, hiker, long distance runner and musician, performing professionally in his spare time. Nick and his wife Pauline reside in Andover, Massachusetts.