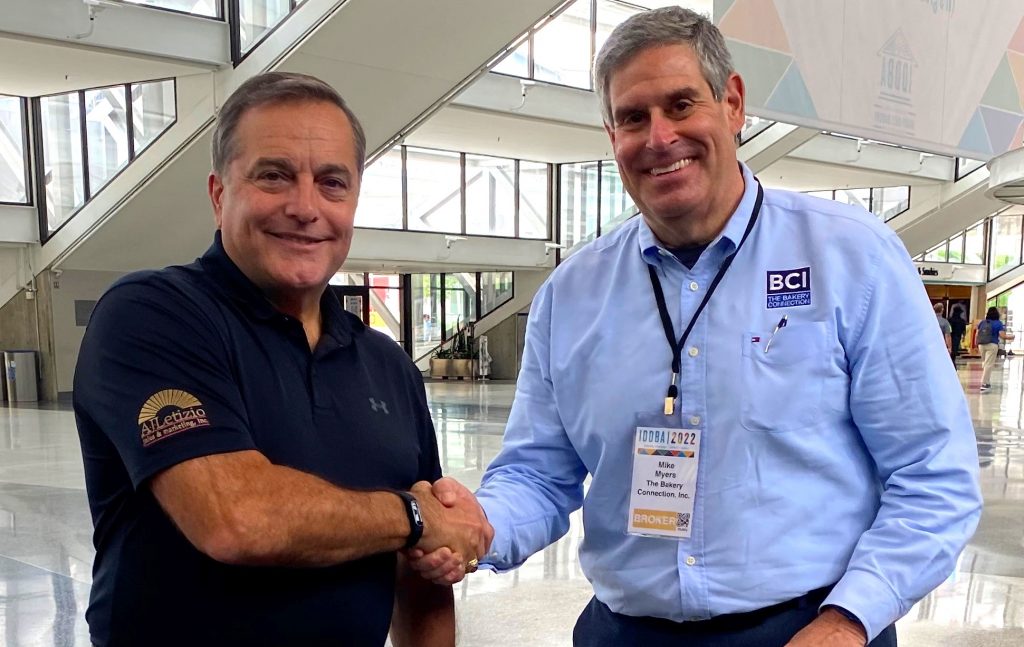 A.J. Letizio Sales & Marketing, Inc. of Windham, NH announced June 1st, 2022 that the company has reached an agreement with The Bakery Connection, Inc. of Glastonbury, Connecticut (BCI), to acquire their business. The BCI organization is known throughout the industry as one of East Coast’s most respected bakery sales and marketing agencies. Founder and owner Mike Myers agreed to the deal that transfers ownership of BCI to A.J. Letizio effective July 1, 2022 and merges the two organization into the largest and most comprehensive In-Store Bakery Sales agency in the Eastern United States. In the agreement, all 25 staff members of BCI join A.J. Letizio, and will continue forward as part of the newly combined team.

The Bakery Connection Inc. was founded in 1993 by Michael Myers who built BCI on integrity and hard work. His only goal was to become the most trusted bakery brokerage company on the entire East Coast. With its focus on providing the highest quality bakery products, BCI has earned its reputation as the most trusted liaison between the manufacturers of the products and the stores in which they are sold. A.J. Letizio and BCI share a common culture of old-fashioned values that have been carried on for generations. The Letizio family traces its five-generation origins in the food business to the family’s Italian market in Lawrence, MA in 1912. Mike Myers’ roots in the business go back to his grandfather’s kosher meat market “Myers Quality Meats” in New Haven Connecticut, also in the early years of the 20th century. “The merger of the A.J. Letizio and BCI Team creates a combined team that will have unmatched capabilities to provide a positive impact on the Eastern United States In-Store bakery business. This merger is a strategic step for both companies,” said Al Letizio, Jr., Chief Executive Officer of A.J. Letizio. “We are enthusiastic about the successful combination of our corporate cultures, the proven track record of our leadership team and the complementary nature of the A.J. Letizio and BCI brands.” “It’s such a natural fit bringing our organizations together,” said Mike Myers, Owner, Founder & President of BCI. “Our team members know each other and share the same values and work ethics. Our combined resources will deliver an unparalleled level of service to our customers and clients.”

A.J. Letizio Sales & Marketing is a privately owned independent Super Regional Sales Agency in the Eastern United States that celebrates its 34th year in operation in 2022. The company provides service to the Retail and Consumer Packaged Goods industry throughout the Eastern United States and to the Foodservice & Disposable Goods Division industry in the Northeast United States. A.J. Letizio supports its business with over 125 of the industry’s finest professionals on staff, headquartered in Windham New Hampshire, and with regional headquarter facilities in New York City; Rochester, New York; Parlin, New Jersey; a planned new facility in Philadelphia; and now from its new Glastonbury Connecticut facility.