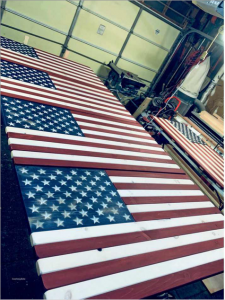 The story is unknown by many residents, the history of the Great Hurricane of 1938 and the sunken timbers in Canobie Lake. On Monday, February 24th, 2020, at the Selectmen’s meeting, Al Letizio, Jr. told the tale and presented a memento to the Town of Windham from the storm.

The Great Hurricane of 1938, which developed near the Cape Verde Islands on September 9th, tracked its way across the Atlantic and up the Eastern Seaboard and struck Long Island on September 21st, 1938 and on to New England and New Hampshire. It was one of the deadliest in NH history, with a death toll of over 700 in the US; winds peaked at 186 MPH; there were 9,000 homes destroyed and 15,000 damaged; there were over 3,000 ships that were sunk or damaged and over $300 million in damage ($1.8 billion in 2019 dollars). With limited radar at the time, this came on with hardly any warning.

After the storm passed, there was a tremendous amount of destruction and with the amount of timber that had fallen there was a concern with the potential for massive forest fires. On October 8, 1938, the Federal Government began the clean-up process which took 2 years. The Forestry Service estimated that 1.6 million board feet of lumber could be salvaged, which would equate to building 1.5 million homes.

The Federal Government set up a Northeastern Timber Salvage Administration (NETSA) and devised a plan to clear up the land, but also control the supply, as logs and timber were valuable in the early 20th century. NETSA set up 246 wet sites to store the logs across New England with the New Hampshire headquarters in Manchester.  The mission was to place the logs in lakes and ponds to avoid rot and destruction by insects.  The Windham/Salem Site Number was #28 and included Canobie Lake.

The wood, an abundance of white pine, was harvested, cut, stamped, inventoried and sunk.  Al said, “There it laid for 80 years.”  He explained eventually the underwater log storage effort was disbanded and the logs were lost to history.  To this day some logs will break loose and become suspended and dangerous as it is unpredictable and they are buoyant.  They have been a hazard to navigation 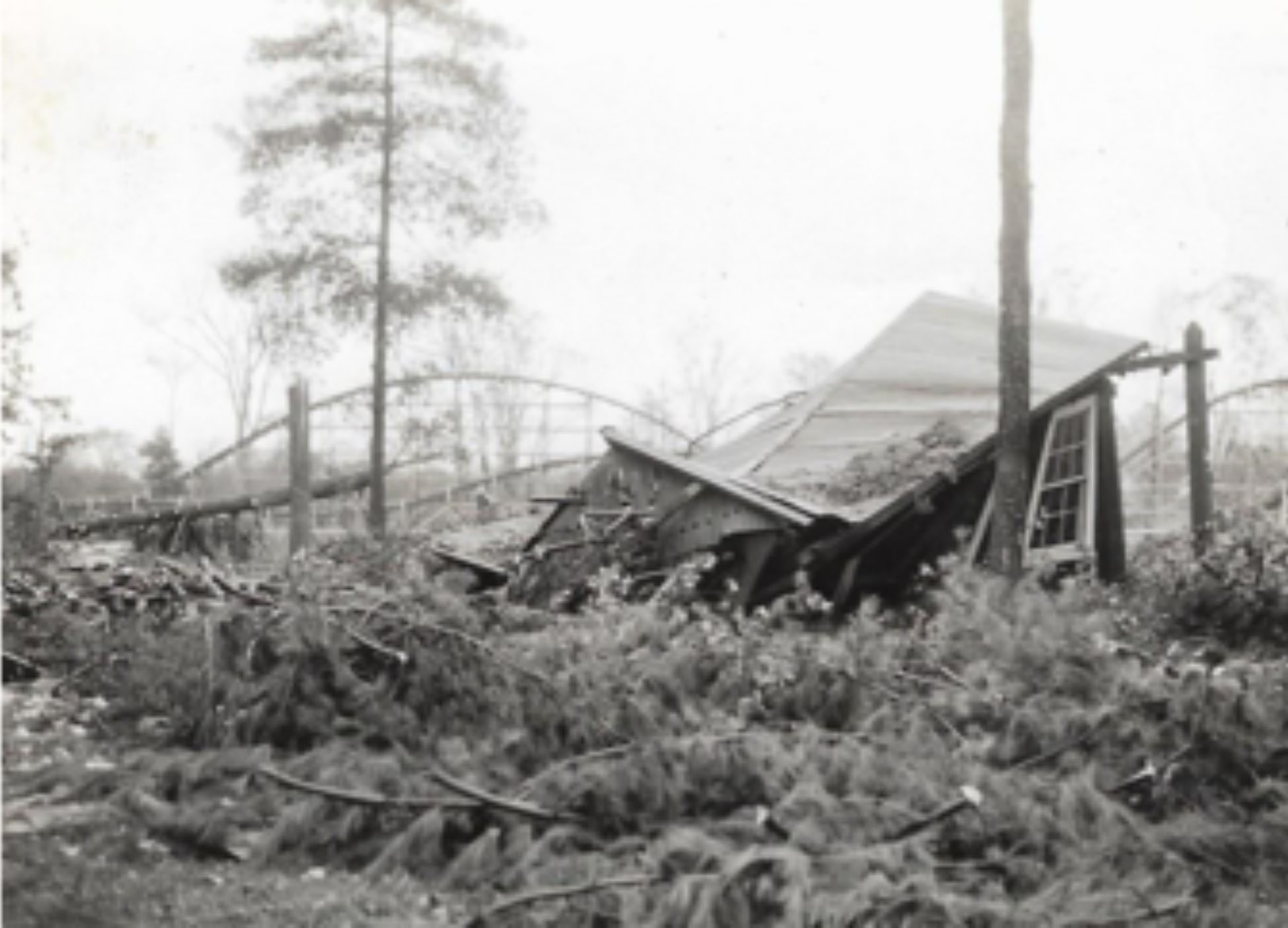 Entrance to Canobie Lake Park destroyed by the hurriance. (Roller Coaster can be seen in the background). (courtesy photo) 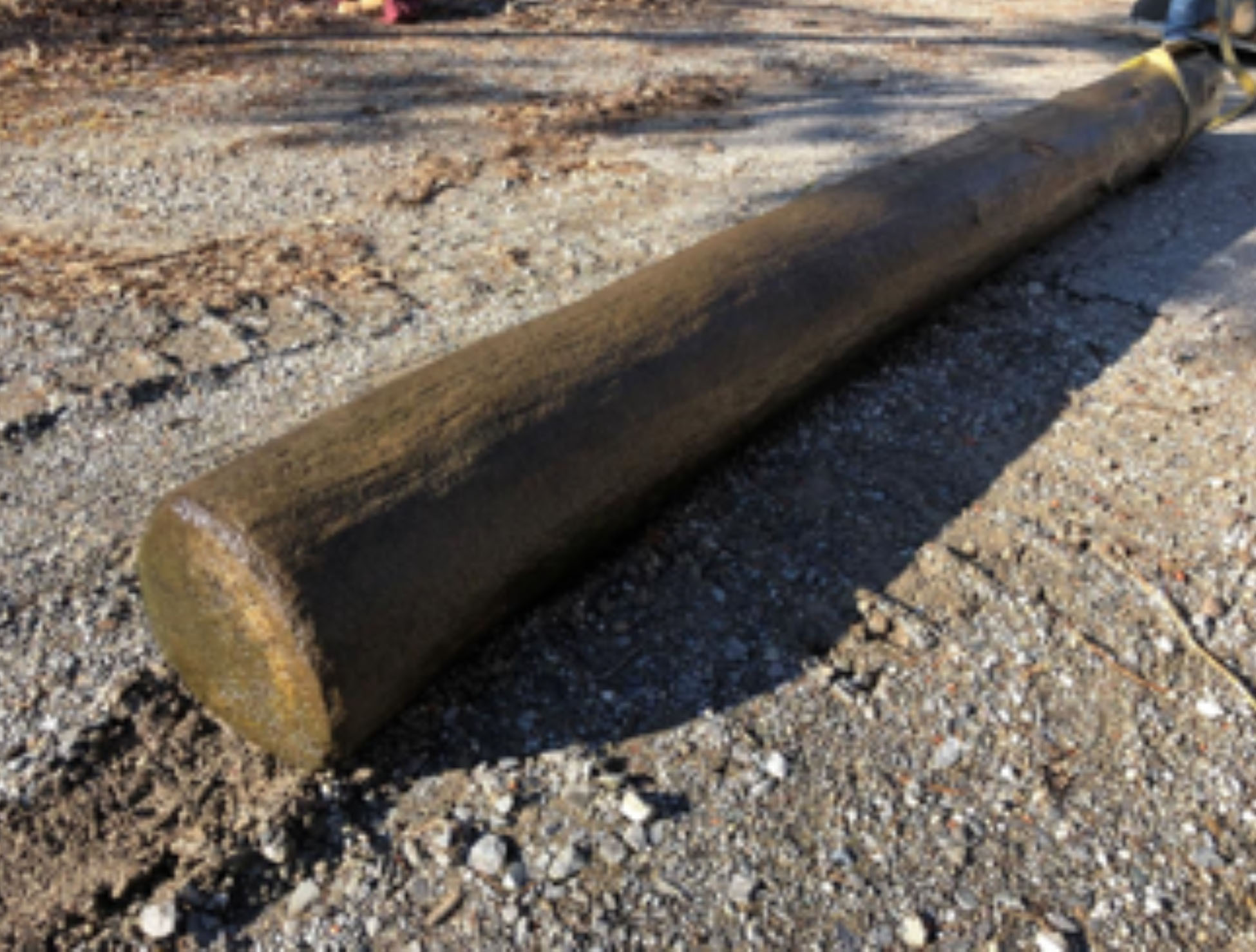 One of the logs pulled from Canobie Lake. They preserved the ends that are stamped with “U.S.” in hopes to use that for another project. (courtesy photo) 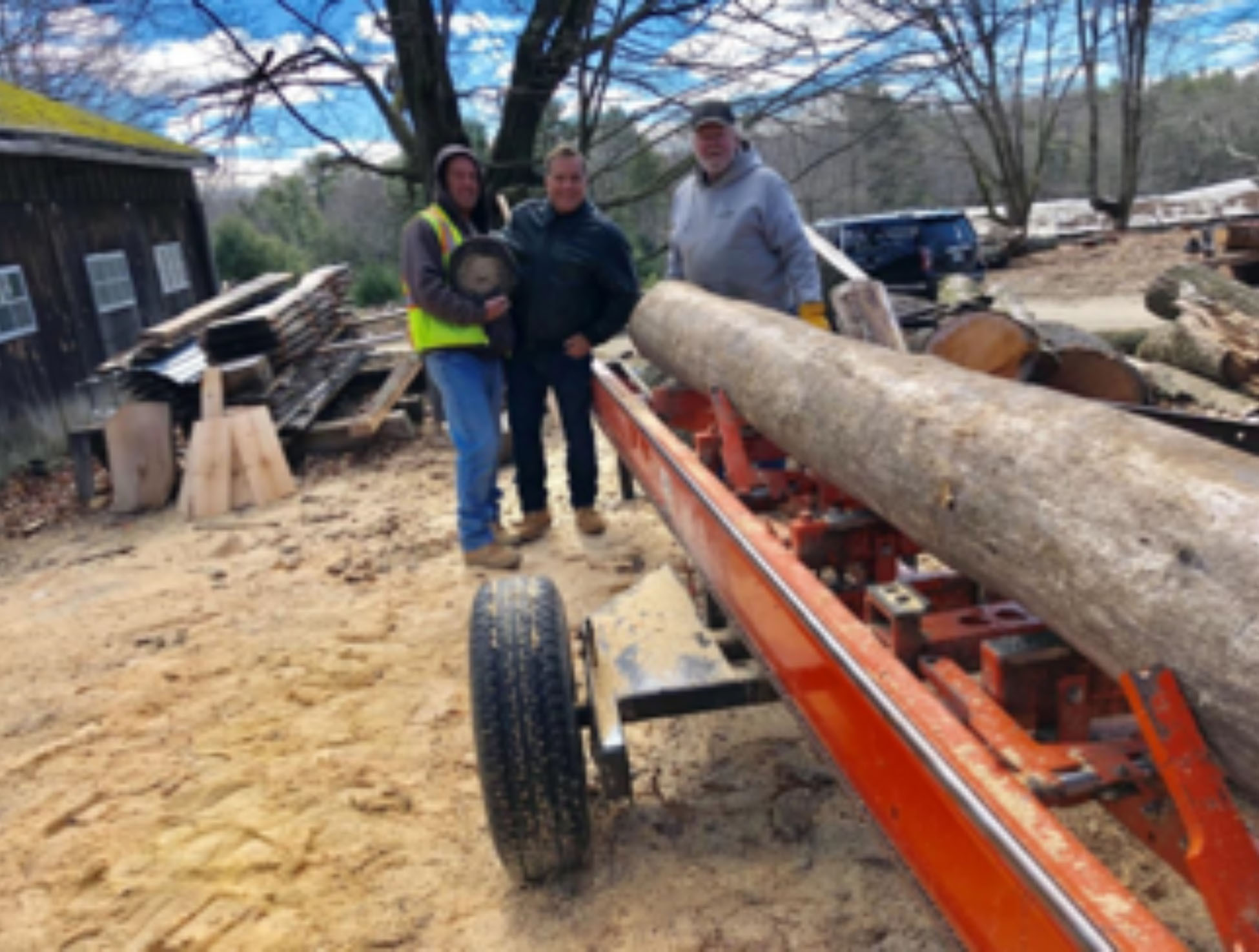 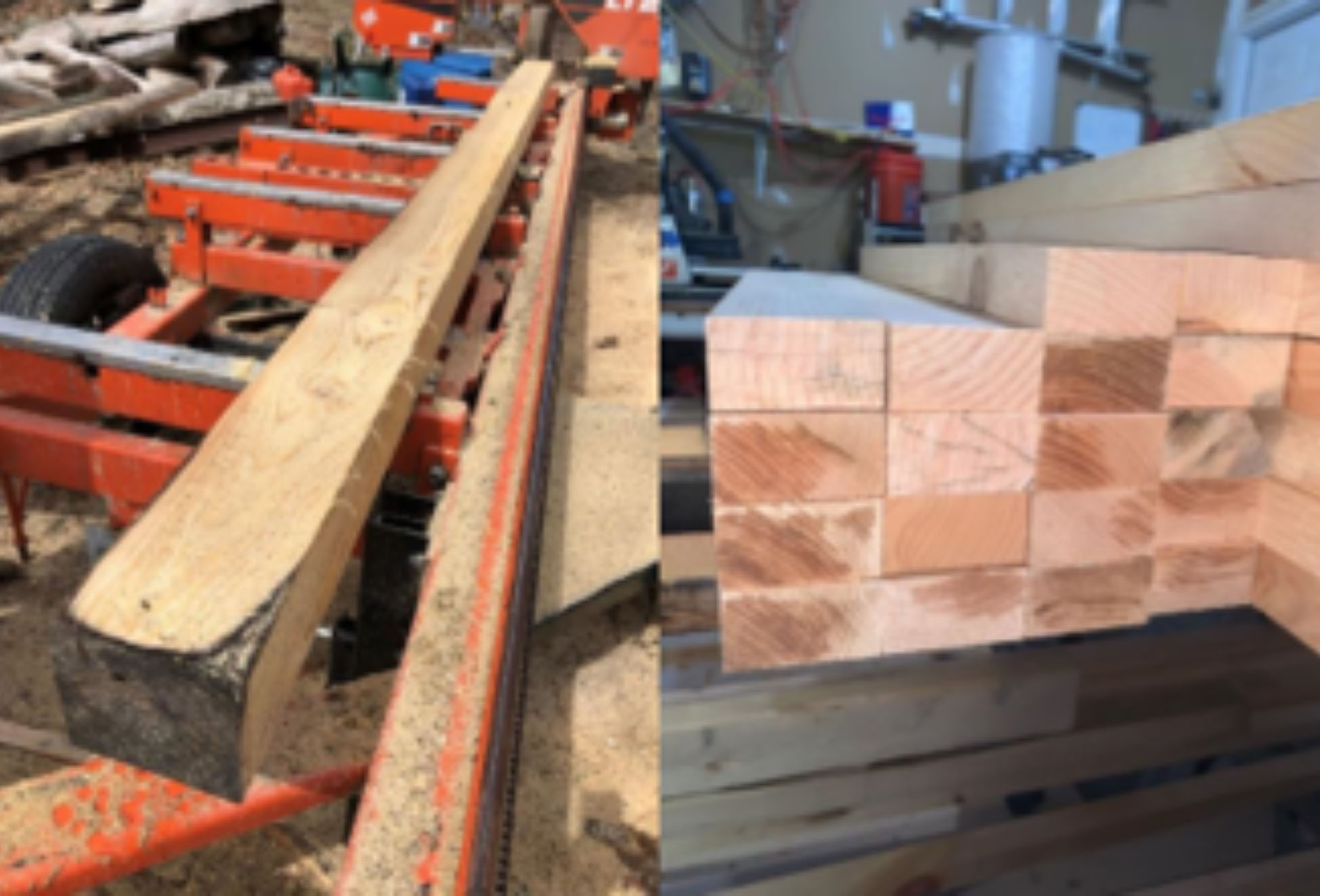 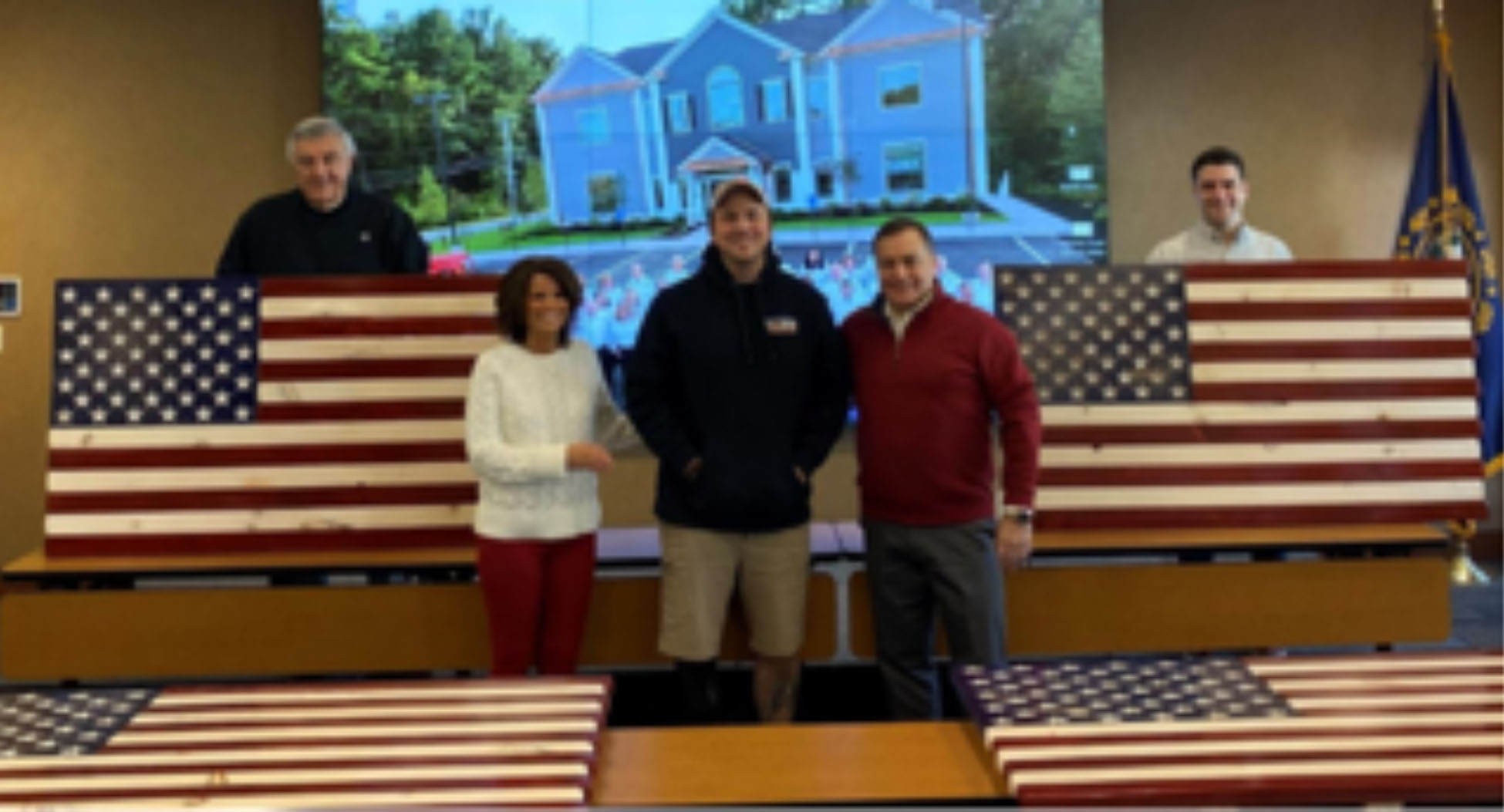 In December of 2018, on the 80th anniversary year of the hurricane, Al Letizio Jr, Bill and Nick Marquis went in the water at Hayes Hart in search of lumber. They pulled out 6 giant timbers, which were stamped ‘U.S.’ on both ends to confirm their identity. Al said, “This was the first time they had seen the light of day in 80 years.” He said no one knew what to expect. The logs had been preserved, not being exposed to air.

They rinsed the exterior silt and brought it to a friend in Elliott, Maine who specializes in underwater recovery of precious lumber. Al explained, “The logs were carefully cut into thick lumber slabs and expertly set for the process of drying the 80-year old pieces.” In December of 2019, the moisture meters confirmed the logs were ready to be used. Al wondered, “But what would be a good use for these 6 “test” timbers excavated from NETSA’s Site number 28 at Canobie Lake? “

He contacted a friend, Master Sergeant (ret.) Ryan Baker, US Army Special Ops Green Beret, who operates Stafford, Virginia, “Old Glory Flag Company.” Al said, “Baker is a Combat Wounded Active Duty Veteran who now hand makes beautiful and rustic wooden American Flags. Each flag that Baker makes is handcrafted and unique. No flags are exactly the same, as each flag’s grain patterns allow the woods character to display itself.” Al felt this was the perfect use for the timber. He commissioned Baker to hand assemble a few custom 3’ X 5’ flags. In December 2019, the wood was transported from Maine to Virginia for Baker to create the flags. Upon completion, Baker hand-delivered the flags to Letizio.

Al explained his family plans to retrieve more wood for the benefit of the community. They plan to set up a nonprofit organization to create precious artisan crafted wooden pieces to commemorate the Hurricane of 1938. They would donate 100% of the proceeds to benefit Windham, NH charitable causes and they will fund the production.

The board accepted the gift with thanks and Chair Ross McLeod said, “I admire your perseverance, your commitment and your dedication. When you do something, you do it right and do it well!”

The flag will be placed in a location decided by the board and administration. 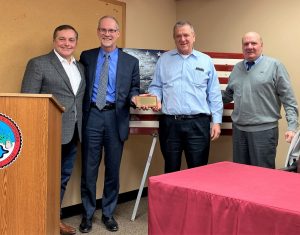 Visit https://windhammagazine-cnhi.newsmemory.com/ for the full story.