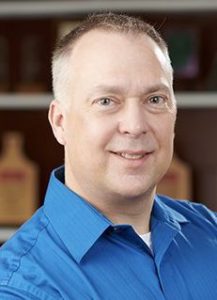 A.J. Letizio Sales & Marketing, Inc. is pleased to announce that Brian Sell will join its Foodservice & Disposable Goods Division. Brian will serve as an Account Manager in the Eastern Pennsylvania Market and will be joining the growing A.J. Letizio team in its recent expansion of its Foodservice & Disposable Goods Division into that territory. A.J. Letizio recently announced several other key hires and acquisitions and adding Brian to the team strengthens a growing mid-Atlantic presence.

Brian brings a diverse background in the food business with over 20 years of experience. He has held positions in instore retail merchandising, retail brokerage, and K-12 manufacturing. He has been in foodservice sales for 8 years, joining us from The CORE Group’s Eastern PA office. Brian lives with his wife and daughter in Lebanon, PA. “Brian is a great addition to AJ Letizio and helps us round out our growing presents in Eastern Pennsylvania”, says Adam Letizio, SVP Foodservice & Disposable Goods.