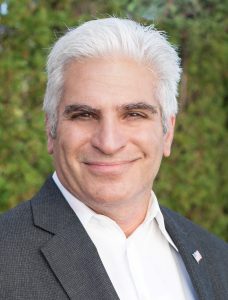 A.J. Letizio appoints George Haddad to the Foodservice/Non-Foods Team.  George has been in the foodservice profession for almost 30 years starting in the US Army in Hawaii as a Culinary Specialist and a Cavalry Scout serving honorably. He pursued his culinary career for the next 7 years working for TGI Fridays in Boston as the kitchen manager, the Sheraton Hotel Brand for 3 properties as Day Chef, Banquet Chef and then as the Executive Chef. Continuing to broaden his horizon, he got into foodservice distribution starting with Rykoff/Sexton to Alliant US Foods for 13 years managing territories and DSM’s exceeding 3M successfully.  Seeing an opportunity in food brokerage and utilizing his culinary background, he worked for the next 8 years managing distributors/manufacturers in the New England area building relationships where he earned a great reputation throughout the marketplace.  “We are so pleased to be able to add an associate of George’s experience and reputation in the industry and out”, said Paul Abdalian, SVP/Food Service at AJ Letizio. George also volunteers his time as a board member for the American Culinary Federation (ACF) where he has served for over 12 years. Additionally George volunteers with the NH Foodbank  and serves as a Mentor for the Big Brother/Big Sister organization. He is an avid athlete and triathlon enthusiast. George and his wife Heidi make their home in Merrimack, NH and have been married for 28 years and has two daughters Torri 25 and Jenna 21