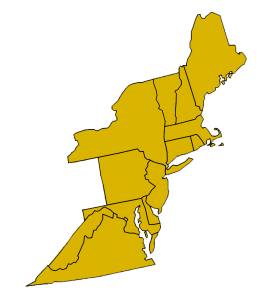 A.J. Letizio Sales & Marketing, Inc. is pleased to announce that it has been appointed by the Foodservice Brands Alliance (FBA) for foodservice representation in most of the Northeastern United States. The FBA is the first dedicated network for manufacturers in the foodservice industry, made up of Diamond Crystal Brands, Idahoan Foods, Knouse Foods, and Mount Franklin Foods. This appointment represents a substantial increase in the relationships A.J. Letizio currently has with Diamond Crystal Brands, Knouse Foods, and Mount Franklin Foods, and marks the start of a new relationship with Idahoan Foods.

A.J. Letizio is also pleased to announce the further expansion of its Foodservice & Disposable Goods division. Following the previously announced merger with GEM Food Brokers, A.J. Letizio adds an additional six sales professionals to its Northeast team. This brings the total to 35 people “on the street” in addition to large retail team and many sales support personnel in the company. “We are extremely proud of the team we have assembled,” said SVP Adam Letizio, “without a doubt, we are the strongest team in the Northeast.” A.J. Letizio is the only independent broker providing foodservice and retail coverage throughout the Northeast.