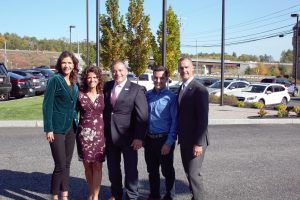 South Dakota Governor, Kristi Noem held a Women’s Leadership Conference on October 15th, at the A.J. Letizio Enterprise Center.  Covered topics included South Dakota’s response to the Covid-19 Crisis and the challenges and successes experienced by Governor Noem and the twenty-five women business leaders from around the state who were attendance.

As a lifelong rancher with deep family roots, Governor Noem returned home to take over the running of her family ranch following an accident that took her father’s life.  Her leadership in the family business lead to its expansion and continued success.  Governor Noem’s experience leaving the full-time collegiate setting and instead pursuing her B.A in Political Science degree via online classes at the University of South Dakota while running a ranch, raising children, and serving in the United States House of Representatives reflects challenges often faced by women and is seen as an inspirational story by many.

Following her inspiring presentation and conversation, Governor Noem attended a luncheon in the A.J. Letizio Test Kitchen and toured the facility with Al and Patti Letizio and family, meeting with the A.J. Letizio Management Team. 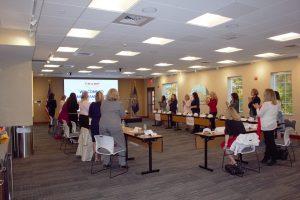 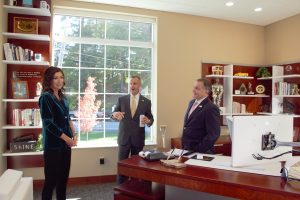